Anthony is a NACE CIP level 3 and Project Manager with a Diploma from the University of Stellenbosch.

He has been in the Construction and Contracting Industry from 1996. He joined Southey Durban in 2001 and joined the Africa division in 2014. Anthony brings experience in large Green Field and Maintenance Projects throughout Africa in the power generation, mining and Oil & Gas Sectors. 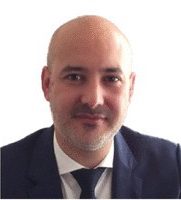